Ah, interspecies animal love – it’s something we simply adore at the PBH Network. So we did a little research and found the 10 most adorable unusual animal friendships for your viewing pleasure:

At the The Institute of Greatly Endangered and Rare Species in South Carolina, 5 year old chimpanzee Anjana took up the task of helping to hand-raise an orphaned cub named Sierra. The results were expectedly adorable! (Images via the Daily Mail). 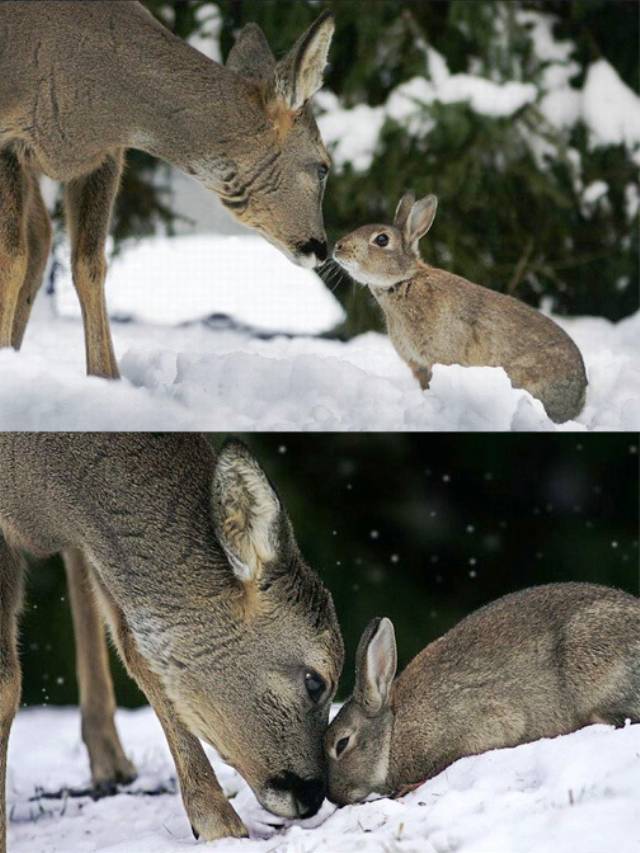 A shorty but goody: a rabbit befriends an inquisitive deer with a touch of noses to solidify their new-found friendship!

From the Daily Mail, Anzac the baby kangaroo was abandoned and upon taking up residence at the Wildlife Kilmore Rescue Centre in Victoria, Australia, became friends with Peggy the baby wombat. And how adorable is this? According to caretaker Lisa Milligan, “the unlikely friends are comforted by each others movement and heartbeat.”