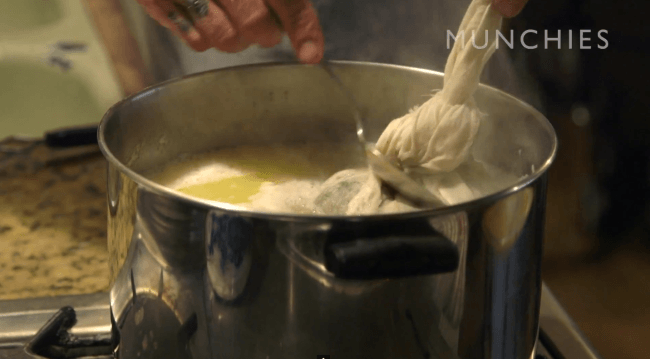 Aurora Leveroni is a 91-year old grandmother with a very special skill: she’s a pro at cooking with marijuana.

Munchies created a new show titled “Bong Appetit”, which is focused around creating succulent marijuana infused meals. The new show featured Leveroni, who cooks pot-infused food for her daughter who has had constant seizures since a car accident. During the episode “Nonna Marijuana” makes pot butter and drops knowledge on various strains of marijuana and their benefits. Aurora Leveroni has to be the coolest grandmother on the planet.