The Heartwarming Story Of A Grandmother & Her Cat 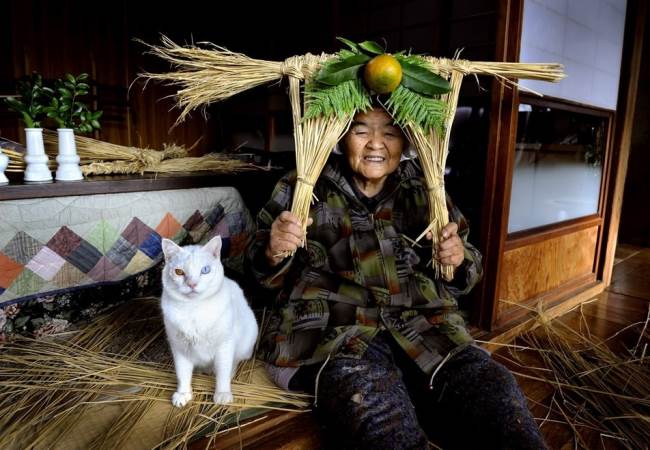 Captured by Japanese photographer Miyoko Ihara, the amazing relationship of Mikyoko’s grandmother and her unusual cat is documented in a splendid set of photographs. Mikyoko’s grandmother adopted the cat after finding it abandoned in a shed. Named Fukumaru after the word for good fortune in Japanese, the cat suffers from Heterochromia iridum, or as it’s commonly known, ‘odd-eyed’. The result is the cat has one iris that is orange while the other is blue.

The bond between owner and cat is beautifully captured by Mikyoko’s photographs, as Fukumaru spends all day following the grandmother as she performs daily tasks. All photographs below via Mikyoko Ihara’s website.] 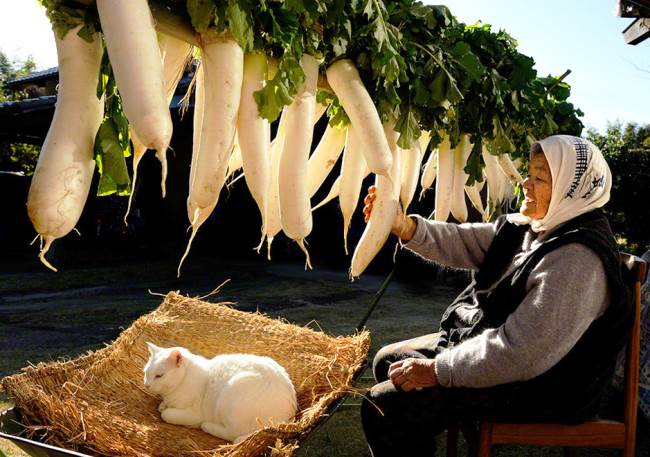 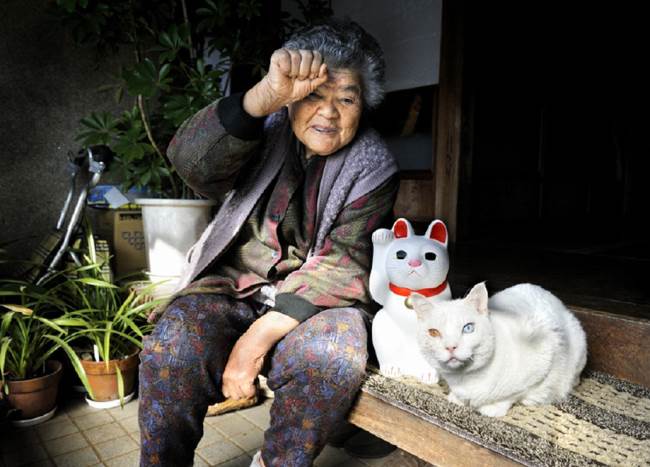 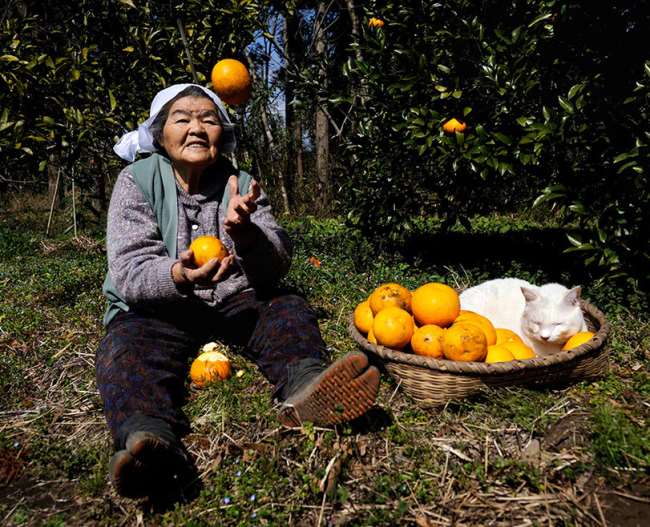 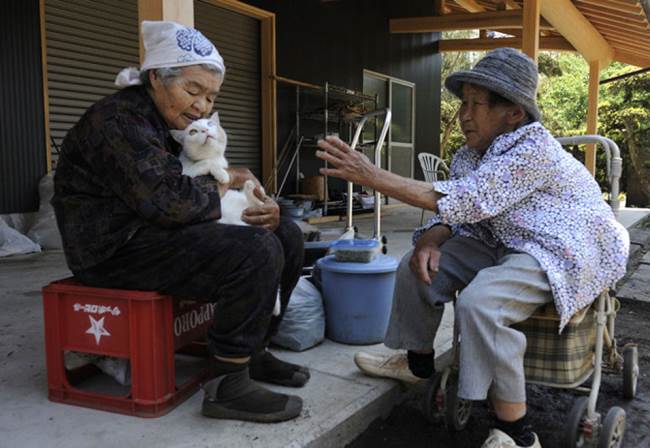 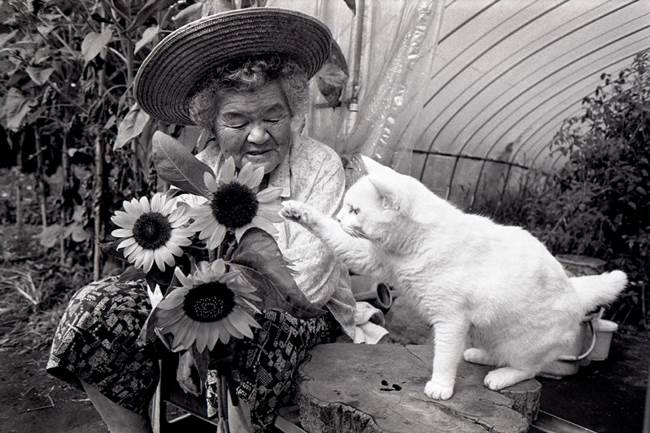 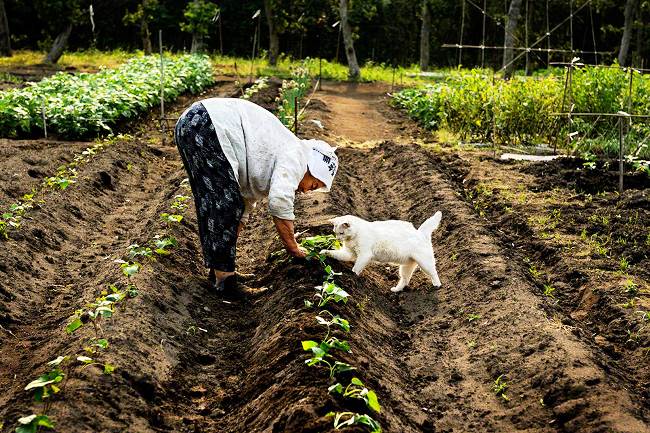 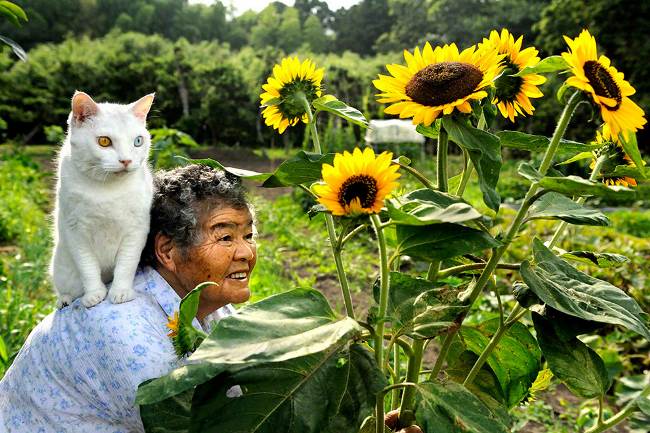 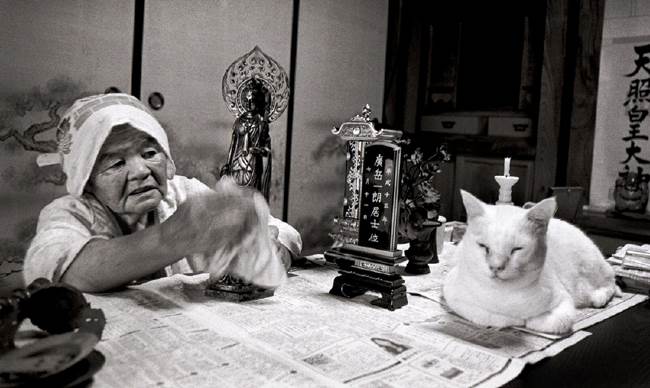 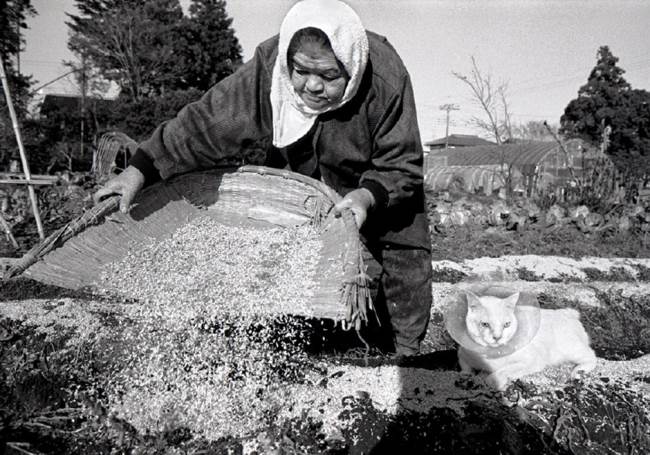 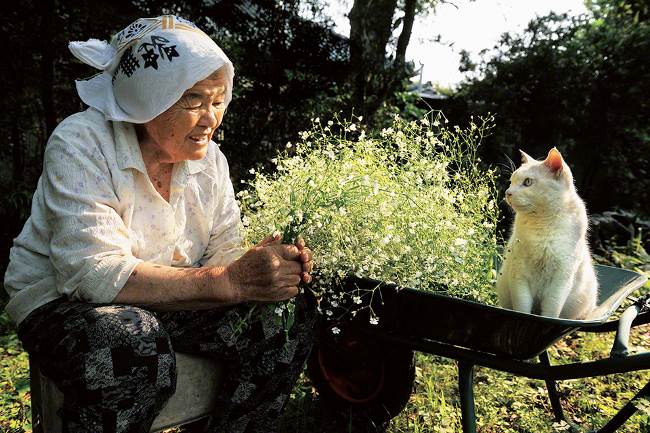 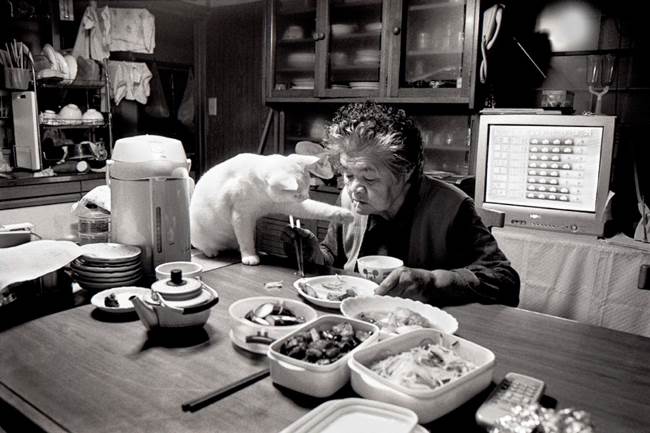 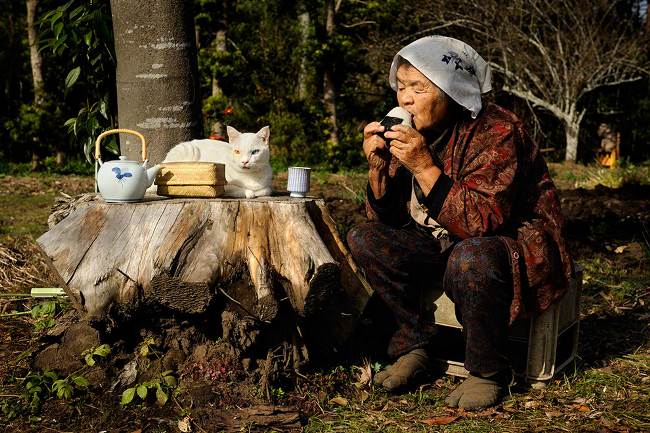 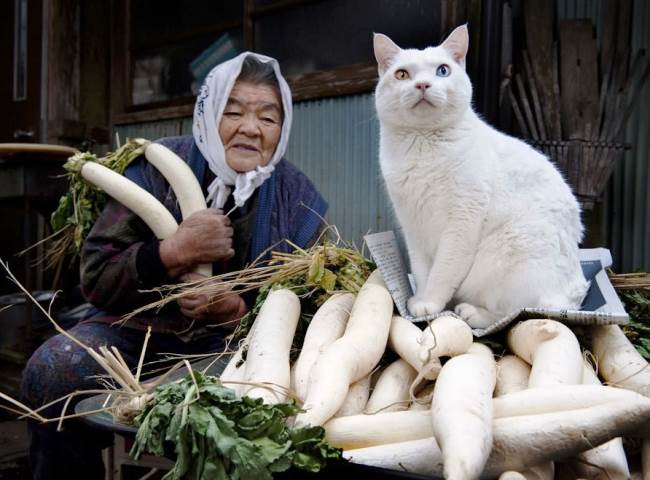 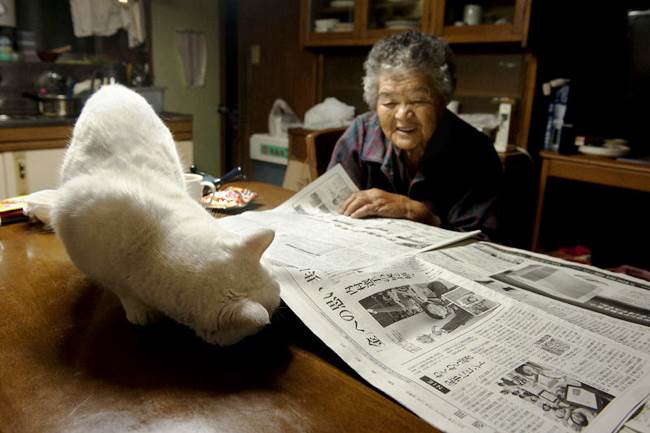 The 25 Most Adorable GIFs Of Animals Taking Baths
adorable The 43 Cutest Pictures Ever Seen On The Internet