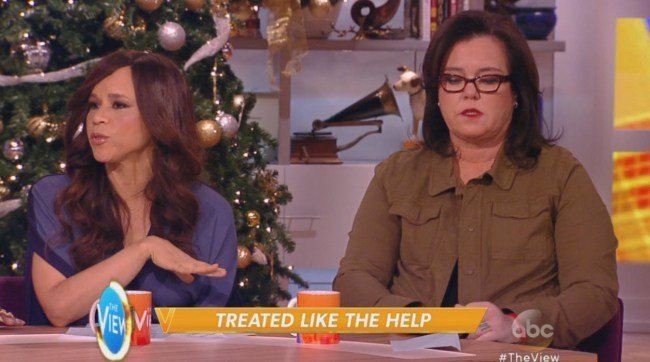 Rosie and Whoopi got into a heated discussion on ‘The View’ Thursday over race. The conversation started over a discussion about Barack Obama being confused as a valet (in his younger years). Things escalated when Whoopi dismissed Rosie’s ability to relate or identify deep racism due to the color of her skin.

I doubt this is the last time we will see Rosie and Whoopi go at it on the show.