Meet Kenny, The Down Syndrome Tiger 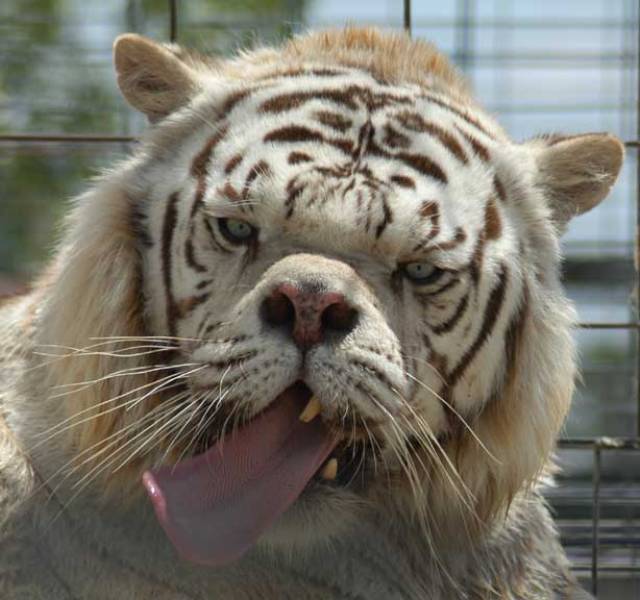 Kenny is a white tiger that was ‘selectively’ inbred while in captivity in the United States. As zoos and exotic pet stores along with consumers have increased the demand for white tigers, breeders have attempted to recreate the ideal white tiger — large snout, blue eyes, white fur — by relying on a limited pool of white tigers that are in captivity.

The result? With such a limited gene pool, white tigers are born with an astoundingly high rate of deformities and health issues.

For example, Kenny is mentally retarded, has significant physical limitations, and is considered the first tiger with down syndrome. The pictures, in many ways, speak to the condition that Kenny and other captive white tigers are in: 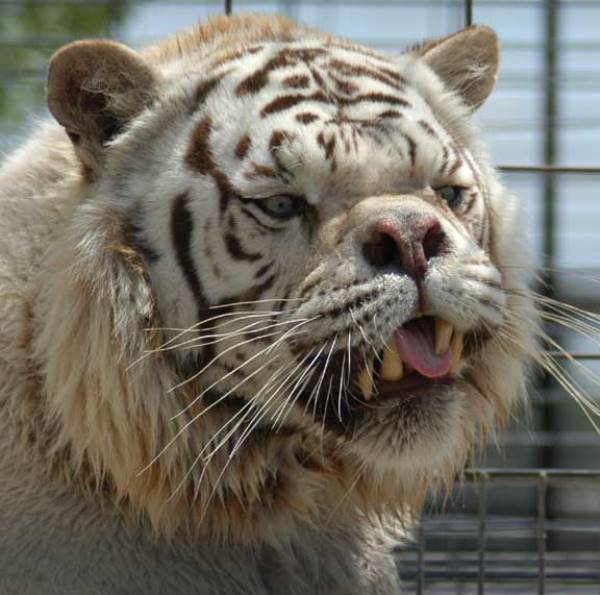 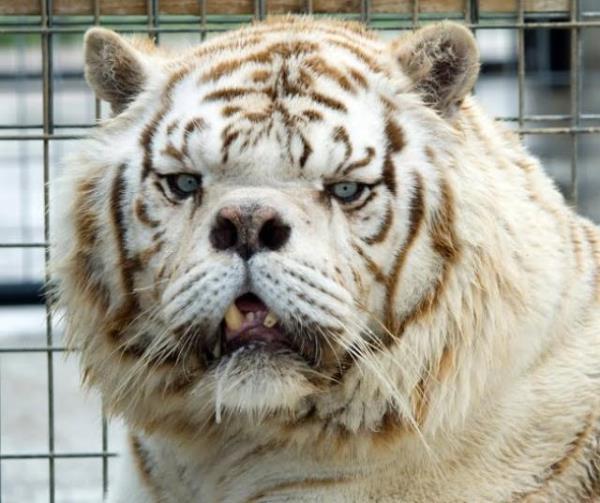 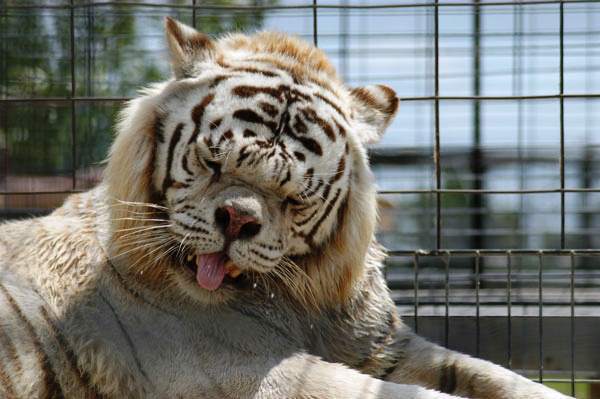 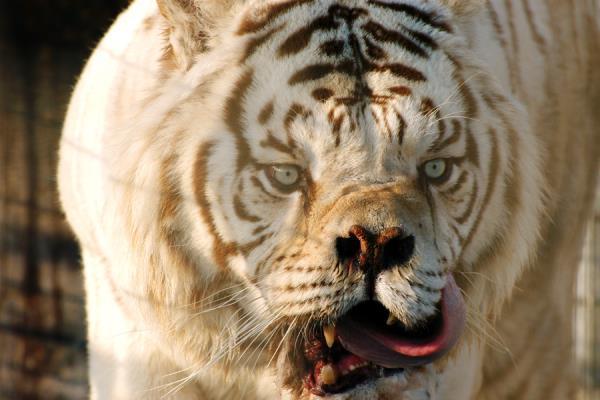 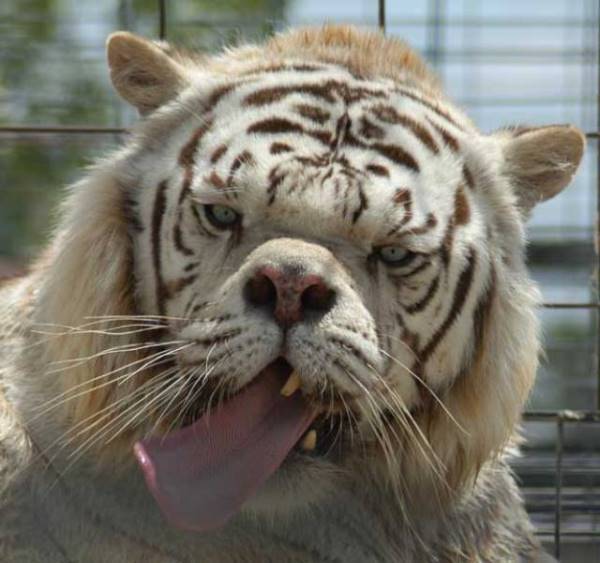 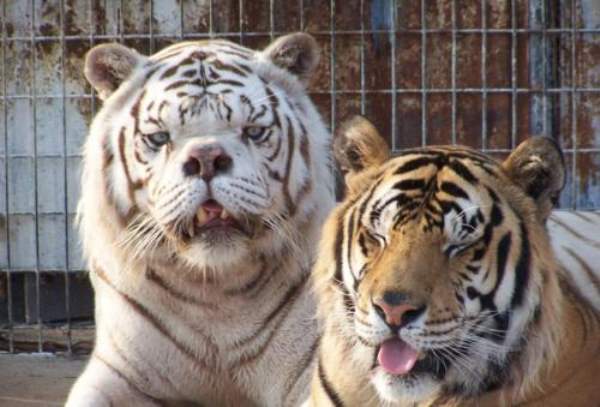 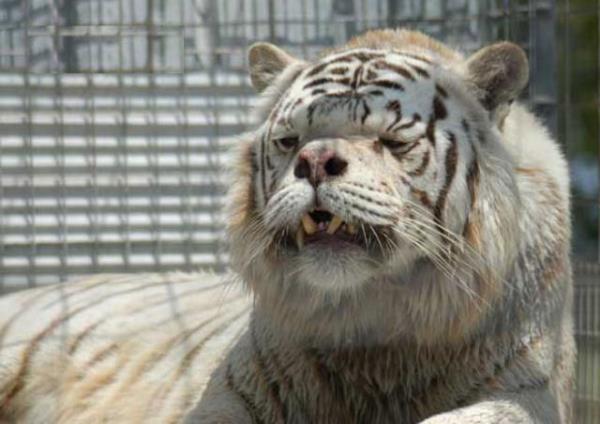 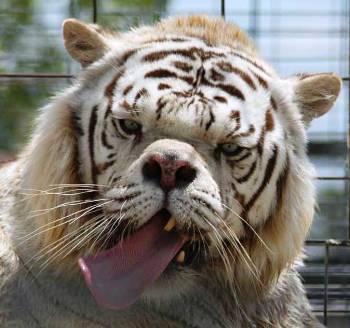 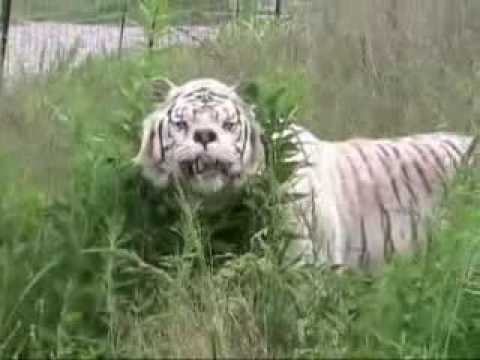 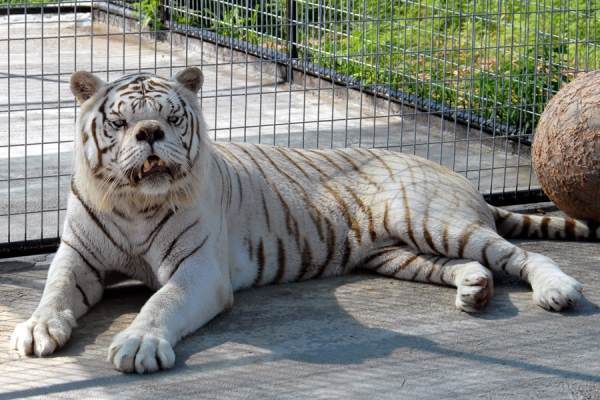 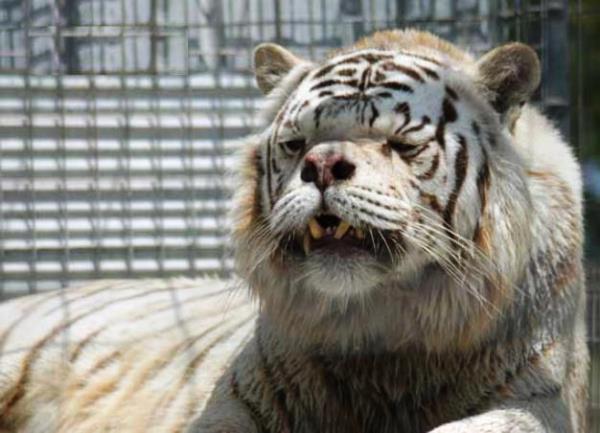 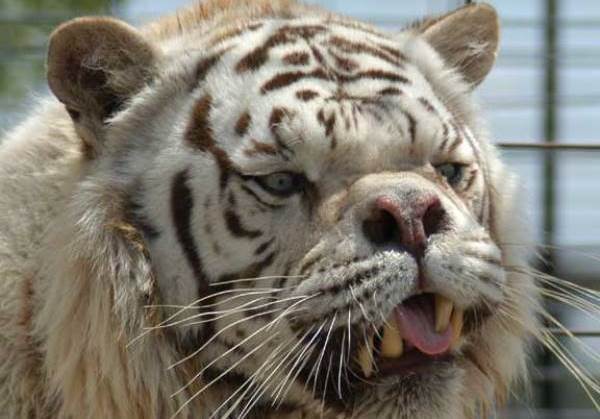 Videos Of Kenny, The Tiger With Down Syndrome

In the videos below, you can see what the daily life was like for Kenny as he lives his days out at the Turpentine Creek Wildlife Refuge in Eureka Springs, Arkansas:

And if you enjoyed this post on Kenny, the inbred white tiger, be sure to like PBH2 on Facebook and check out PBH2’s other posts on the cutest pictures on the internet and creepiest GIFs ever.

A Cat And Monkey Make Out
animals